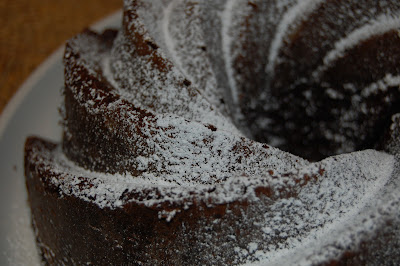 The first time I baked this cake and shipped it to my father-in-law for Christmas, he called to claim he had to be helped up the stairs after eating it. Although he was kidding, you may be surprised by just how potent it is, as other cakes of the type tend to wimp out on the booze.

I found this recipe while I was searching for something else: a decent rum cake recipe. I had recently tasted a highly regarded commercially-made cake, only to be shocked, (shocked!) at how awful it was. Although the ingredients list did boast a smidgen of rum, it tasted more like a calamity of artificial extracts, each obscuring the flavor of the others so none were recognizable in the end.

This challenged me to make my own cake, one with quality ingredients and a true rum kick - but that turned out to be easier said than done too. Since I rarely bake cakes I turned to the internet for help, expecting to find numerous enticing recipes from which to start. But surprisingly, all links pointed to a recipe based on yellow cake mix, and I mean, people love this recipe with the same fervor shown to the aforementioned  store-bought cake.  While it very possibly does taste good, I couldn't muster the proper enthusiasm knowing of its dubious underpinnings. Call me a control freak, but  I wanted to bake my cake from scratch.

While eventually I did find one rum cake contender to try in the future, I became bewitched in the meantime by an all together different recipe for the following chocolate cake.

Boy, is this cake good: deeply chocolaty, dense and moist, and very grown up. I figure if I love it this much, a true whiskey tippler would take a crazy shine to it. (And, just a reminder for you romantics out there, Valentine's Day is fast approaching.)

The recipe, originally published in the New York Times, expands on one by Maida Heatter, using more chocolate, less sugar and more booze - agreeable adjustments in my opinion! It may not be for everyone though, so know your crowd. 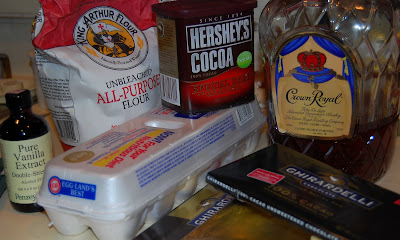 3. Using an electric mixer, beat 1 cup butter until fluffy. Add sugar and beat until well combined. Beat in the eggs, one at a time, beating well between each addition. Beat in the vanilla extract, baking soda and melted chocolate, scraping down sides of bowl with a rubber spatula. 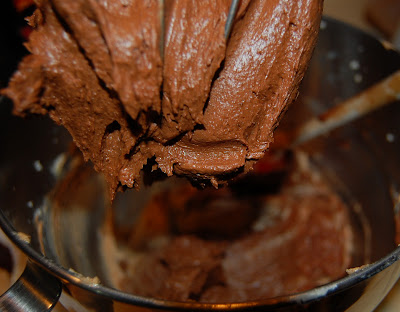 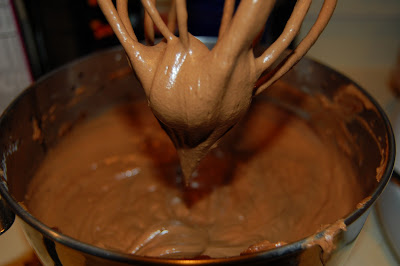 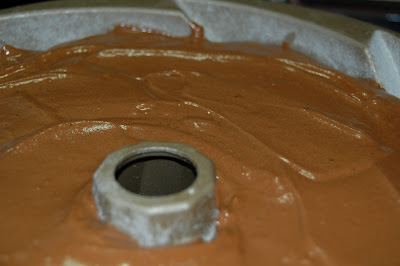 5. Transfer cake to a rack. Unmold after 15 minutes and sprinkle warm cake with more whiskey. Let cool before serving; garnish with confectioners' sugar if you like. 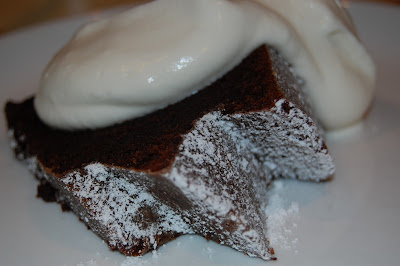 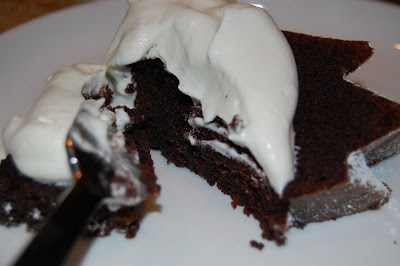 * I used strong brewed espresso instead of espresso powder, adding it to the cocoa powder until it reached the 1 cup line.

* If you're going to saturate a cake with whiskey, it should be something you enjoy drinking. In my case, I used Crown Royal because that's what we had in the bar, but I'll probably try Jack Daniels the next time around.

* I sprinkled about a half cup of whiskey over the cake after unmolding it, rendering it "soaked" indeed, as the name suggests.

* It seems this cake, like most liquor-infused cakes, just gets better with age as all the flavors meld.
Posted by Mad River Kitchen at 11:35 PM